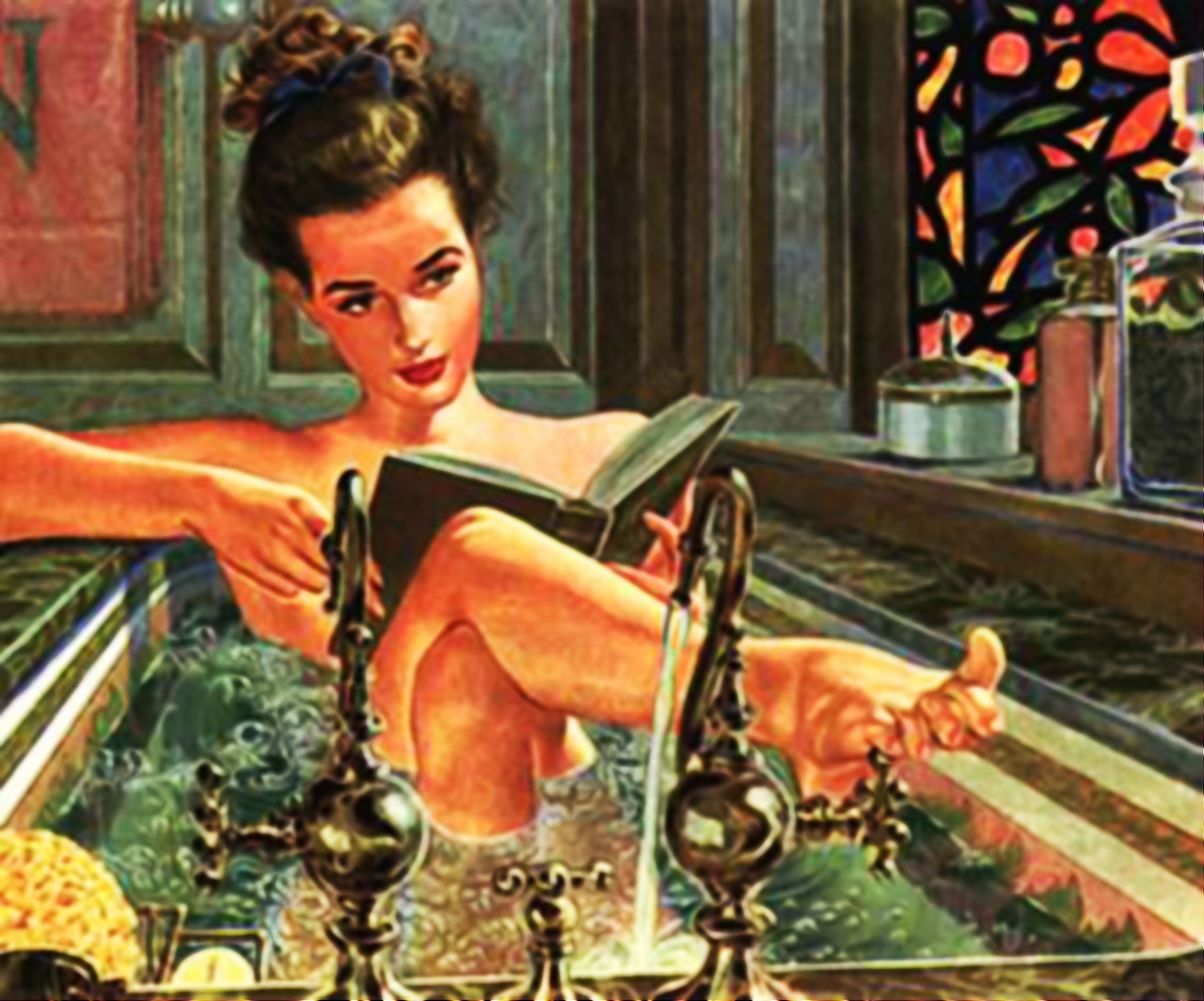 The fact is, if you’re like most Americans, you’ve probably taken fewer than 8 bubble baths, eaten more Twinkies than you’d care to admit, and your Richard Simmons Sweatin’ to the Oldies video is probably still sitting on your DVD player, untouched (and covered with dust – oh yeah, be the perfect housekeeper – there’s another resolution that’s slipped away).

According to statisticbrain.com, 41% of Americans make New Year’s Resolutions, while only 9.2% felt they were successful in achieving their goal, and a whopping 42.4% feel like they “never succeed and fail on their resolution each year“! Fail. Every. Year.

I know misery loves company (and a great double-fudge brownie), but before you go and bury your remorse in a gooey, warm hunk of unnecessary but delicious calories, finish reading this and you may find yourself sitting in a steaming, luxurious bubble bath every Tuesday night for the rest of the year and beyond!

Eh? Let me explain. You’ve probably read about S.M.A.R.T. goals (and if you haven’t, where the heck have you been every week before New Year’s Day??) They are goals which are Specific, Measurable, Actionable, Realistic, and Time Bound. So, “I want to lose weight” is not a S.M.A.R.T. goal since it doesn’t hit any of the requirements.

“I want to lose 10 pounds by Memorial Day” can be considered a S.M.A.R.T. goal, except it focuses on the wrong part of the equation – the result. For you to reach your S.M.A.R.T. goals, or any other goals, you need to focus on the A – Actionable. You also need to focus on the W – Why. (I know there’s no “W” in S.M.A.R.T., just pretend it’s there and stick with me.) Your “Why” +  your Action = your Results. Focusing on the goal won’t get you anywhere if you don’t know why you want to succeed and if you don’t take action.

“One of the biggest reasons people fail to keep their New Year’s Resolutions is that they focus on the wrong end of the equation.”

Knowing your “Why” should be a no-brainer, but often it’s glossed over, or it’s someone else’s why. You can usually identify “other people’s whys” because they’re “should” goals – I should have a perfect house/body/vacation/winning streak playing pinochle.

Asking yourself why you want to lose 10 pounds is the first place to start. Do you have a class reunion coming up (don’t worry, I won’t ask which one…). Maybe none of your favorite clothes fit, or maybe it’s something a bit more serious, like a health scare. Whatever the reason, make sure it’s a vitally important reason to you. If you don’t have a powerful why, you’re not too likely to put a lot of effort into achieving your goal.

“Focus on the Action and the outcome will take care of itself.”

By focusing on the actions you control in each of these situations, you might just find yourself in very rare company – the “9.2% of people who felt they were successful in achieving their resolution”. You don’t have to thank me, just enjoy your bubble baths.