Sometimes it takes guts just to get out of bed…

Getting gutsy is all about stepping outside your comfort zone to reach your goals and live a life that makes you truly happy. This post is my entry for Jessica Lawlor’s Get Gutsy Essay Contest. To get involved and share your own gutsy story, check out this post for contest details and download a free copy of the inspiring Get Gutsy ebook. 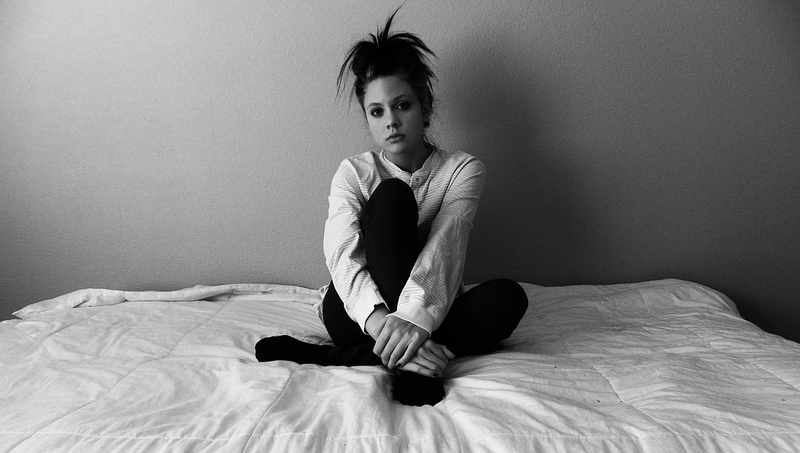 2014 wasn’t the best year I ever had. After a series of events which started with my husband, our daughter and I all losing our jobs in early January, lurched through the year to include an ambulance trip and a night in the ER with a suspected heart attack (and no health insurance), the loss of my 14 year old dressage horse to a chronic health issue, a severe concussion which led to several weeks of layup (and a real understanding of the words “brain injury”), the loss of my elderly and dearly beloved Corgi to cancer, a massive oak tree falling on our newly-completed barn, one of my brother’s being diagnosed with a brain tumor (benign, thank God), a week in the hospital with a kidney infection (and still no health insurance); and culminated in my husband being laid off the day after Christmas… yeah, you could say it wasn’t such a stellar year.

While there were many days that required a massive dose of gutsiness just to get out of bed (wondering what disaster was going to befall us next), I somehow just kept going. I think it was more about becoming numb than actually being gutsy.

Numb puts one foot in front of the other. Numb goes through routines. Numb functions.

Gutsy requires more. Gutsy requires some sort of spark, some catalyst. Some autonomous movement. No, 2014 was about plain, numb survival.

The gutsy kicked in during the week between Christmas and New Year’s Day. The gutsy was all about The. Decision.

Yes. The. Decision. A simple, life-changing, indeed life-affirming decision that 2015 is going to be different.

It is amazing how gutsy you need to be to change your beliefs. To change the trajectory of your life by making a simple decision that you’re done being numb. You’ve had it with being steam-rolled by a set of circumstances beyond your control.

I had no control over (at least most of) the circumstances, but I sure as heck had control over how I responded to them. And I decided that my red-headed, rebel-without-a-clue self was done lying down and playing life’s doormat.

This red-head wants to Shine! This rebel-without-a-clue wants to build an amazing business that connects with other women who are looking for a deeper connection with their lives. This former doormat has something to say, something to share, something of value to put out into the world; and The.Decision. is all about leaving 2014 in the rearview mirror and walking forward into this new life.

There is a number on a piece of paper hanging above my desk. That number, which isn’t 6 figures, but is a heck of a lot more than I’ve made in any year before, is my income goal for this year.

Simply imagining that number was possible required an act of gutsiness. Writing it down on a piece of paper, even more. And building my business to the point where that figure is a reality? Yup, that’s going to  require an IV drip of daily gutsiness. And I’m ready.

Will I encounter challenges this year? Guaranteed. Will I stand up to them with more gutsiness than I mustered in 2014? I’d like to think so, but the real power isn’t in what may happen, or how I may handle it. The real power is in the belief. The belief that I Can Do This.

Holding onto that belief will not only move my life into areas only dreamed of, it will probably count among the most gutsy things I’ve ever done in, and for, my life.

Where have you injected a much-needed dose of gutsiness into your life? Let me know in the comments below, or head over to Jessica’s Get Gutsy Essay Contest!

Year’s end often prompts us to reflect on the old and plan for the new. After a 2014 that left me feeling like a well-used punching bag, I’m more than ready to rise from the ashes.

Below is a review of 2014 and the lessons I’ve gleaned to take me through 2015. I originally shared this in the forum on the Freelance Writers Den.

1. Started full time as a freelance writer after losing longterm previous job (memo to self – never again have your whole family’s income depend on a bi-polar millionaire). I came into freelancing totally the wrong way, no safety net, no plan, and 1 bi-monthly writing gig that paid 9 cents a word. But you know what? I’m still here, and things are getting better.

2. Joined American Horse Publications. Since my niche is horses, this was a very good move. Attended the seminar this summer, met with a few fab editors, which led to…

3. Published in 3 of my bucket list national pubs – really the holy trinity of horse magazines for a dressage person: Dressage Today, The Chronicle of the Horse and The United States Dressage Federation’s Connection.

4. Got to guest post on Carol’s Make A Living Writing because of #3 (Still so proud of this – thanks, Carol!!)

5. Took bootcamps, Article Writing Masterclass (which ROCKS – if you’re on the fence about signing up for it – find a way and MAKE it HAPPEN – you won’t regret it), and generally soaked up tons of goodness from the Den. Also worked with Linda Formichelli in her (all too short lived) email mentoring program. Great investment. Also joined Danny Iny’s Audience Business Masterclass. Invested a lot in myself on this one, and it will pay off handsomely (however, see #2 in The Bad and the Downright Ugly).

6. Continued to be published in every issue of the regional horse magazine that started it all for me a couple of years ago. Pay is low, but I like this magazine, and it’s actually kind of fun calling someone for an interview (or just meeting them at a horse show), and having them recognize my name…

8. Got more active on Social Media, have my website up, started blogging more (which I LOVE).

9. Entered Jon Morrow’s Serious Bloggers Only Best Post of 2014 Contest (on a self-dare) and, to my amazement, received Highly Commended (3rd Place) in the Most Personality Category. Who knew? And it was from my NON-horsey blog!! Pretty cool. You can check out the results here.

1. Totally spaced on treating this like a business. Hence, income not exactly something I’m proud of. However, I’ve given myself a good talking to (and a swift kick), and have ACTION items and goals for 2015 broken down into 1 month, 3 month, 6 month and 9 month. I want to be able to keep track and correct course before the whole year is up!

2. Missed opportunities (again, because I wasn’t treating it like a business).After signing up for Danny Iny’s Audience Business Masterclass – which is a totally kick-butt program, I let it sit there. I still am trying to figure out where all the hours of 2014 went, because lots of them weren’t very productive…. The upside of this, I do believe I’ve learned.

3. Attitude. I felt completely steamrollered by circumstances in 2014. There was a lot of bad juju in my life, but I don’t usually let things get me down this much. Despite my attempts to be continually grateful and always look for the positive, I pretty much hit bottom, and felt powerless. I think the situational depression may have had something to do with the lack of productivity (and vice-versa). For 2015, I meditate FIRST every day, not if I feel like it after I look at the bills and try to work out a budget.

It’s all about being a business. Not spammy, sleazy, salesman business, but honest, valuable information and products to customers who are looking for what I have to offer and are willing to compensate me fairly for the benefits and value I add to their lives and businesses.

As a business I will:

1. Have action oriented, controllable goals. (I can’t control which editors accept my queries, but I sure can control how many queries I send out).

2. Keep track. Of my income. My expenses. My actions. What works and what doesn’t.

As a business owner, I will: